We had to get up early and leave our lovely borrowed Calistoga compound to get to the fair by 8AM. 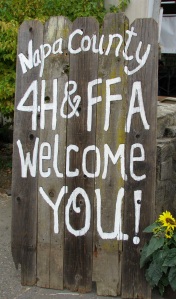 The friends are patiently waiting for the price to come down.

American society seems to place a premium on attractiveness even at livestock auctions. After observing the sale of 81 pigs we have found that handsome boys command a premium of $.75/lb -$1.50/lb for their pigs while the prettiest girls get at least $2/lb and often more than the going average (33%-180% premium) for their pigs. It’s all in the smile.

After about 4 hours of auction and sev 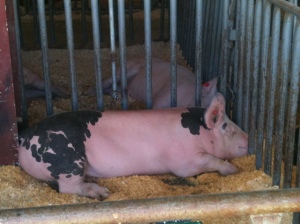